Special offers on all our books - to help with Chrismas shopping

Get your Christmas shopping under way with special offers on all our Dorset books: 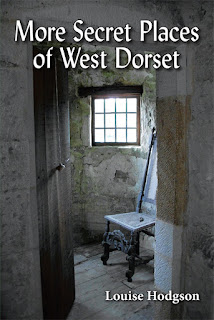 Our latest Dorset book looks at part of Dorchester immortalised in ThomasHardy’s novel The Mayor of Casterbridge as ‘Mixen Lane’. 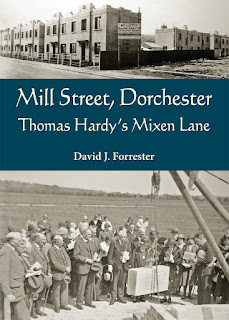 Since early 2014, the local community, with Mill Street Housing Society, has been recording people’s memories of old Mill Street and its remarkable history since the 1850s. Together they form a fascinating story of the life and hard times of the people living there.
The resulting book by David Forrester is a fascinating read and illustrated with plenty of old images. In his first book, Fordington Remembered, David reminisces about growing up in and around Dorchester during the 1940s/50s. In Mill Street he takes you further back in time  to this troubled area of Dorchester. 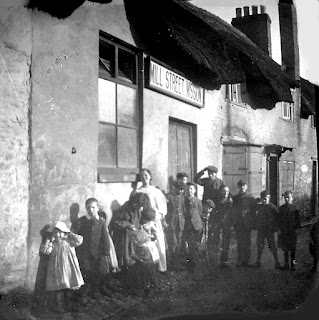 Terry Hearing comments in the Foreword: ‘The wealth of feeling evident in the words of those who were there creates an emotional atmosphere that brings home a vivid picture of a different world.’ And David says, ‘To myself and other like-minded people, it is important that this part of our local history is recorded, before it is lost forever down the mill stream.’


[The following is an extract from Anita Harries' 'Durnovaria Diaries']

Mill Street Memories – what an amazing exhibition this was, filling the Town Hall in Dorchester not just with people eager to see this intrinsic part of local history but with countless photographs, interviews, drawings and snippets of information many thought had been lost forever.

David Forrester along with an army of volunteers and researchers cleverly brought to life this once deprived area of Dorchester, a dark corner of our town with a reputation it took many years to shake off. An area once shunned by all but those who lived there, nevertheless with a life of its own, brimming with history, packed with stories to tell, Mill Street is a place well known to David, a place close to his heart. So much time and energy went into this exhibition, a revelation of times gone by, of lives fraught with hardship and suffering, yet a place where community spirit thrived and people looked out for one another.

So much to see, so much to marvel at. And of course mention of the two local men who dedicated time and energy into working to improve conditions for those whose lives were contained in what was without doubt the most disadvantaged area of Dorchester. How could you break the terrible reputation that clung to Mill Street and the folk who lived in and around it?
The Reverend Henry Moule, vicar of Fordington, and A.H. Edwards, the founder of the Mill Street Mission and the Mill Street Housing Association are names many of us know, but how much to we really know about these two gentlemen and the work they did?

Mill Street holds a fascination for many, of whom Thomas Hardy was one. And it is wonderful to see that David Forrester has written a new book “Mill Street,Dorchester, Thomas Hardy’s Mixen Lane", to keep these stories alive and pass them on to future generations.
This is sure to be a great read, and will be launched by the time you read this, so be sure to buy one. We owe it to the hard work of David and his fellow workers to make sure that all he has revealed is never lost again. Published by Roving Press, it costs £6.99, a real bargain, with author proceeds going to the Mill Street Housing Association and the West Dorset Women’s Refuge. You must know someone who would like one in their Christmas stocking.

Add us to your address book
Posted by Unknown at 5:15 AM No comments: