Walk in Swanage: Exploring ‘Old London by the Sea’

Writer and historian Rachel Knowles knows a thing or two about Georgian and Regency history. Her post on Kew Gardens (12 March, http://www.regencyhistory.net/2014_03_01_archive.html) shows a photo of the Ruined Arch in the Gardens - see http://4.bp.blogspot.com/-rS1z7a8mkro/UwYZ2TACX3I/AAAAAAAAElc/cgDzN9Ldtc0/s1600/The+Ruined+Arch,+Kew+Gardens+2.jpg.
Notice any similarities with the arch in the grounds of Purbeck House Hotel in Swanage?

nephew of  Mowlem, founder of the great building firm Mowlem.  used to watch the comings and goings at Hyde Park Corner. Sadly he was struck by lightning and lost some of his whiskers and beard.

One of the walks in our book LesserKnown Swanage goes up the High Street past the Hotel, formerly the home of Burt. The following extract from the book imagines it’s 1875 and Burt is telling the story:

‘Uncle has been dead and gone these past 7 years and it’s time I did the old house up, George style, for my retirement. What great timing – we just happen to be demolishing a lot of and could use some old bits and pieces. Some of those granite chippings from the steps of the Albert Memorial in can decorate the outside of the house. At the highest point on the High Street, people can’t fail to be impressed. 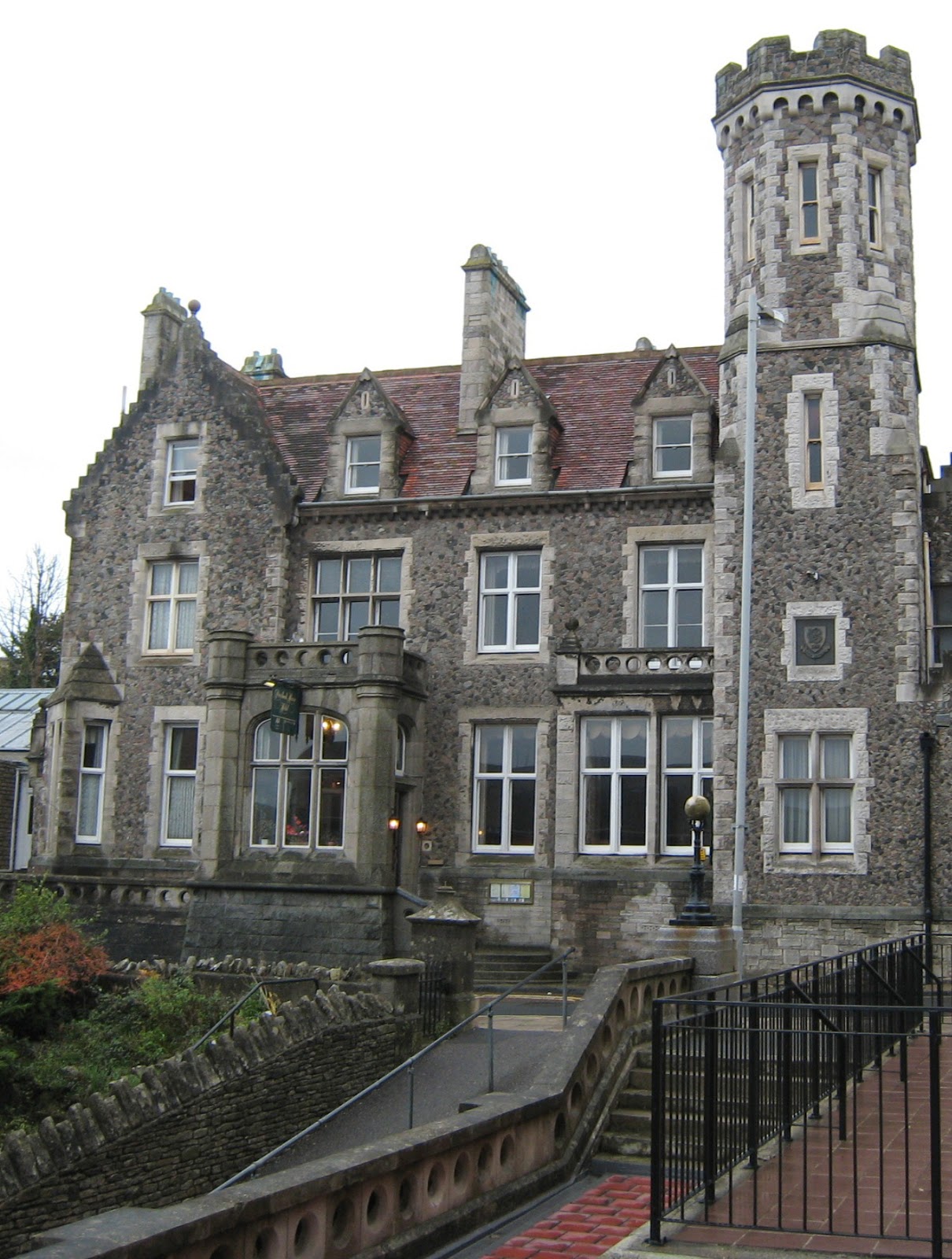 I’ll put the ex Millbank Penitentiary bollards in the stable yard and install a dog kennel to keep any riffraff out. Hope visitors notice the arched gateway – rather a good example of my early work (I’m particularly proud of my ). Just to show I’m a cultured man, a bust of Shakespeare can go here too, with some carved grapes, leaves and scrolls – very à la mode. 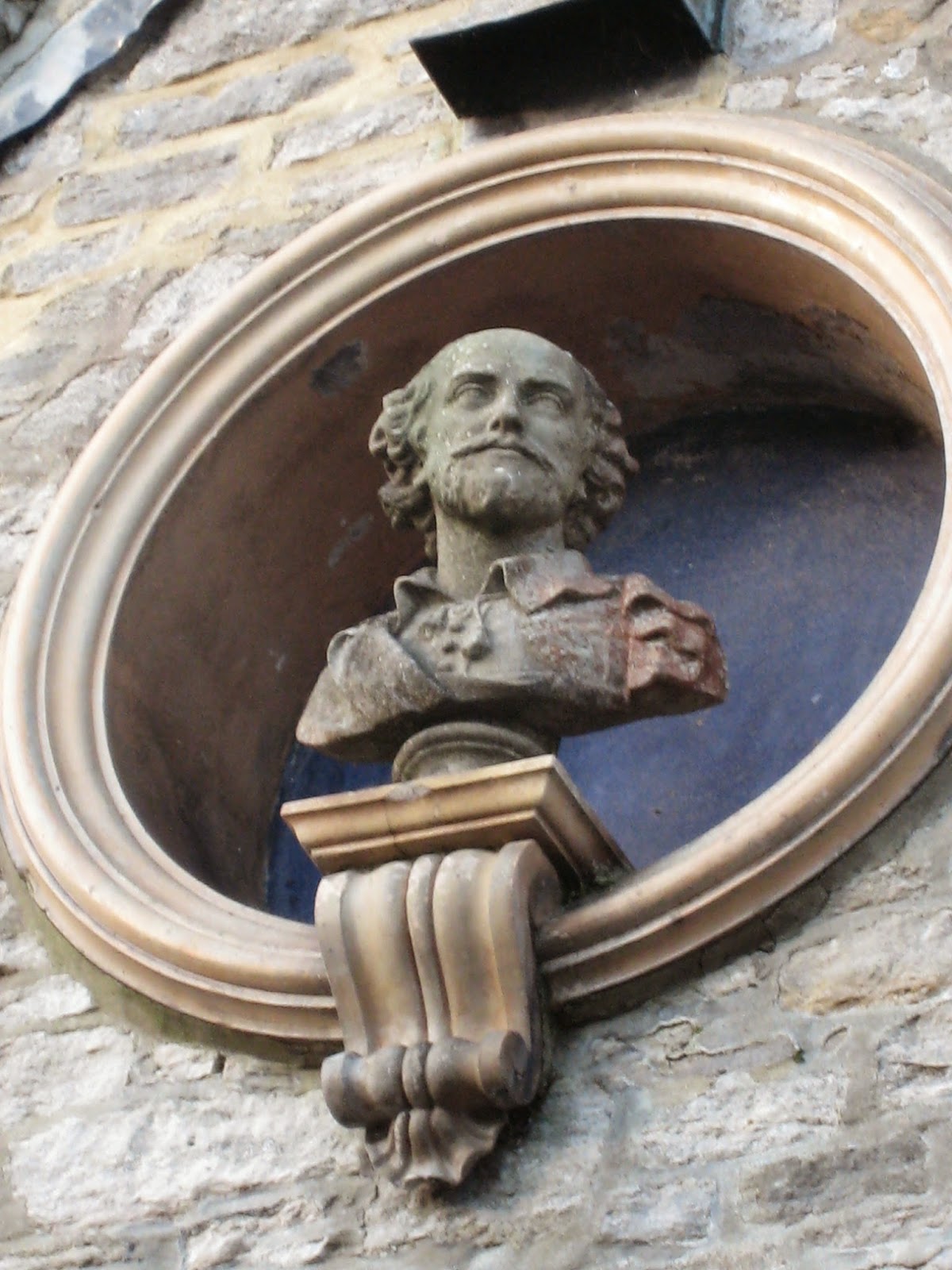 Up at the dovecote I’ll install that old cartwheel – it’s served its purpose carting my stone away and will make a great talking point as a table – a rotating one at that. 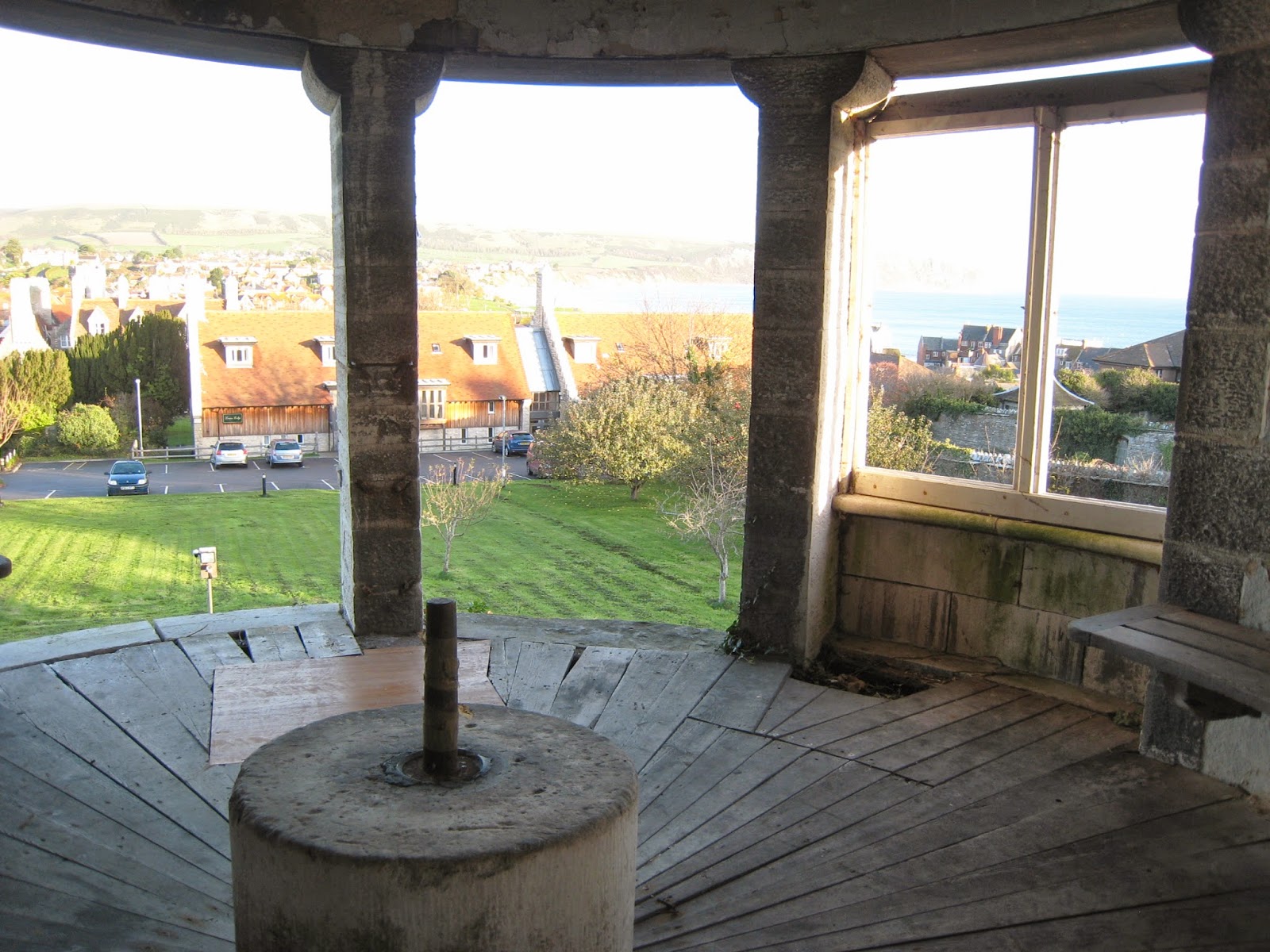 For the , dragons on the roof, floor tiles from the Houses of Parliament, Doric columns from the toll houses on . The old statues from the RoyalExchange will add some dignity, but I wonder if the Mansfield Stone will last. 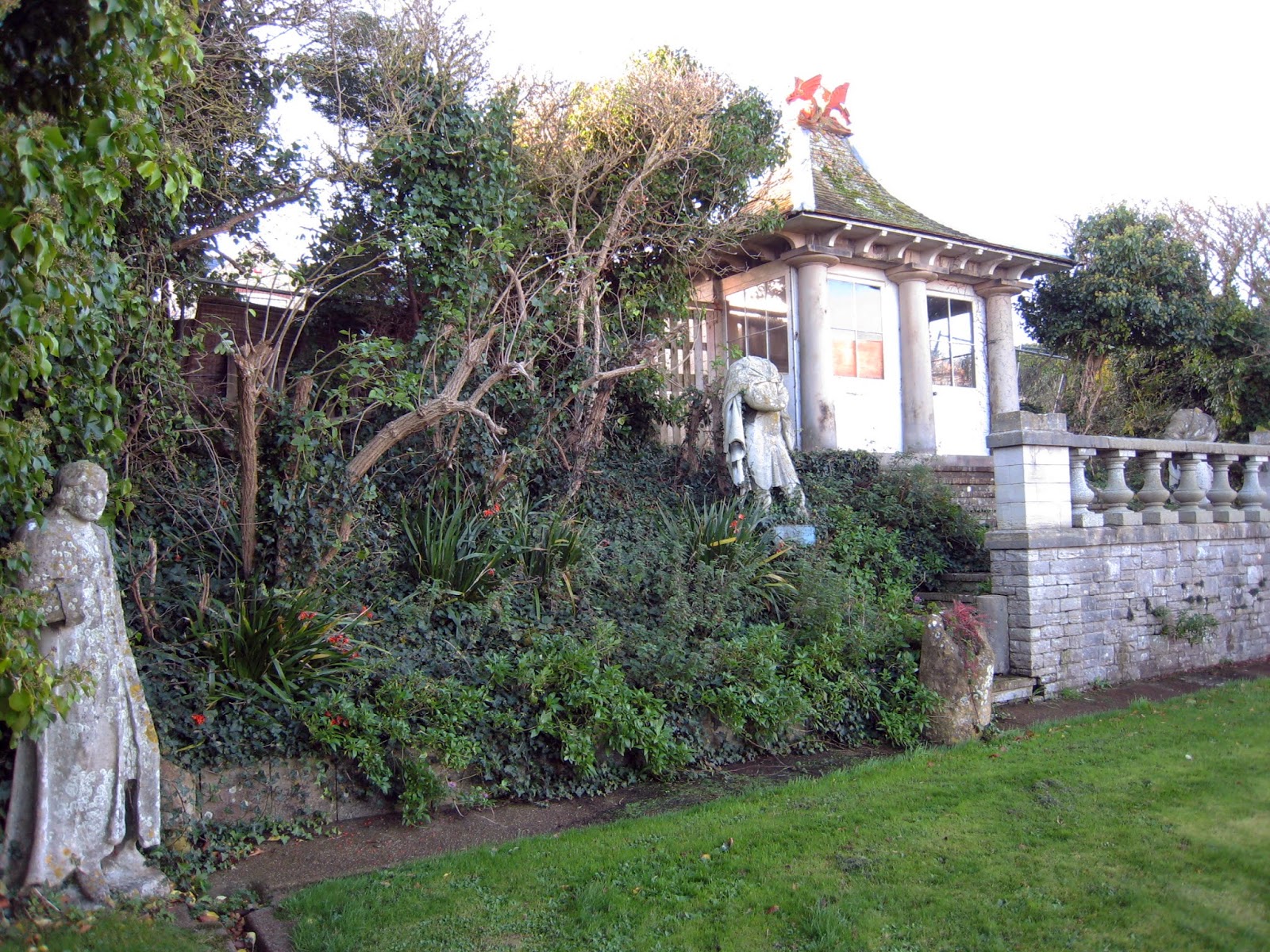 The Italians seem to be taking an age laying the Roman mosaic flooring in my entranceway. Do they think I’m made of money? Perhaps then we’ll be able to get the painters in to do the ceilings and the glaziers for the landing windows - our very own Christmas Story; the children will love it.

Ah, there goes the servants’ bell. Thomas Hardy’s here for tea again. He always calls me the King of Swanage. Can’t think why.’

The Burts left Purbeck House after World War I and offered it to the town. After standing empty for 15 years, it was taken over by nuns as a convent and school. The convent closed after 60 years, but there is still a Roman Catholic school here. The house is now a hotel.
The hotel staff are amenable to you taking a quiet look round the public rooms of the hotel. The house has beautiful floors, painted ceilings and wood and stone everywhere. In the entrance hall, Burt had an exact reproduction of a Roman pavement (now in the Guildhall Museum) laid by Italian craftsmen; they took 3 years to complete this and other decorative features in the house. The result is amazing.

To the left of the entrance hall is the former billiard room, once a chapel and now a function room. To the right past the public bar is the servants’ end of the house with a row of bells and a huge clock for time keeping. 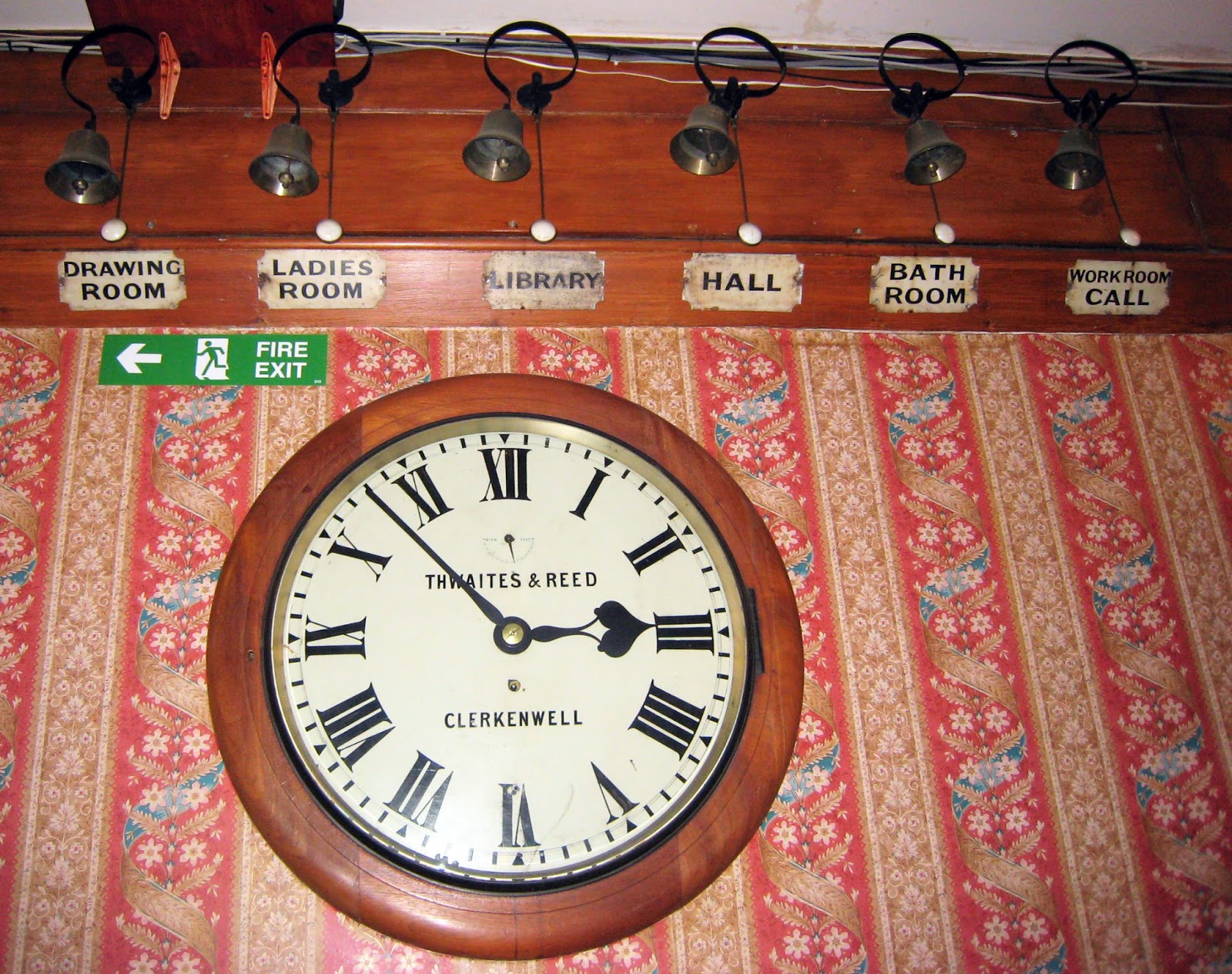