By Michel Hooper-Immins, Editor of the Society of Dorset Men Newsletter Weymouth and Melcombe Regis have a long and distinguished history, once warring boroughs on opposite sides of the River Wey and forcibly united by the 1571 charter of Queen Elizabeth I. One of the less happy dates in the history was 1348, when the Black Death arrived in Melcombe Regis, apparently carried ashore by fleas on rats that fled the ship they had arrived on. Lesser Known Weymouth begins as a guide book to the modern resort’s facilities, then goes on to look at some of the intriguing historical parts of the combined borough.

Being Weymouth born and bred, I found Julie Musk’s book a warm view of my home town, answering questions I had often wondered about. For example, along Nothe Parade, I have noticed the steep steps which have railway lines set in the balustrades. The book says, “they were put in place to transport ammunition to and from Nothe Fort with boats serving the breakwater forts.” So some sort of military railway must have been there, lowering trucks by ropes. 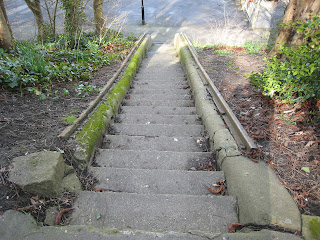 The King’s Statue is in many ways the centre of the modern town, built to mark the 50th year of King George III’s reign. “The King is dressed in his coronation robes, a lion and unicorn at his feet.” The Grade I listed monument is built of Coade stone. 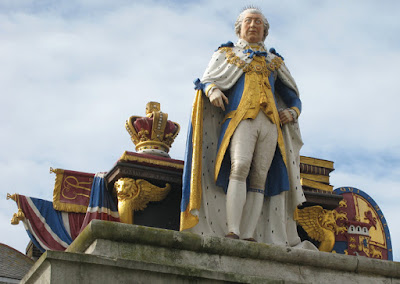 This fascinating book picks out a number of buildings, like the 1816 Masonic Hall, “based on a Neo-Palladian Grecian temple”. 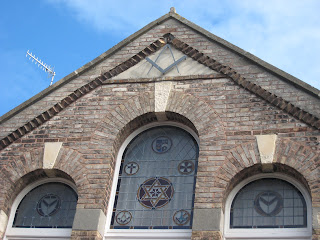 A useful feature of this brightly written book is that it invites readers to observe features as they walk round. “What is unusual about two of the windows of the Globe Inn?” asks the book. The answer, shown upside down on the page, is that two are shaped like portholes.

Many people don’t look up and one example is the Gothic facade, dating only from 1924, above Meech the outfitters. Dragons sit over the window corners and over the rainwater heads. 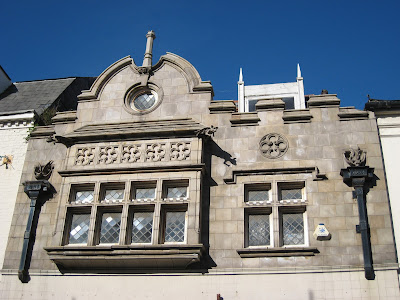 Brewing around Hope Square has a long history and the story of Devenish and Groves is well told in this informative book. The handsome Devenish brewery still stands. “Hope Square is built on what was once an opening to the sea known as Ope Cove or Black Hole, before the land was reclaimed in 1781.” 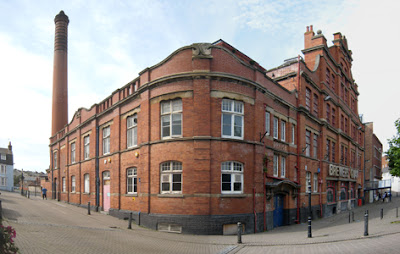 Many local people have great affection for the Old Town Hall, the centre of government for Weymouth before the charter of Queen Elizabeth I. 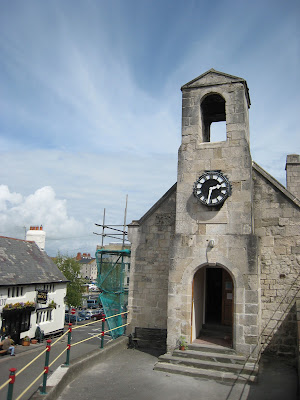 On the other side of the river is the Old Fish Market, built from Portland stone in 1855 – “some of the weathered surfaces clearly show the fossils of shells.” Today, this handsome building is still used for its original purpose, by Weyfish and their excellent fresh products. 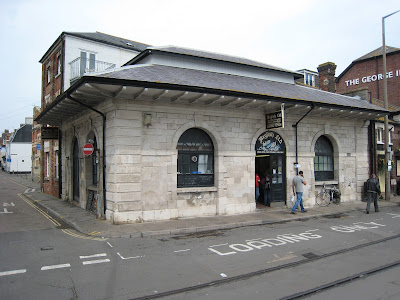 This excellent 152-page book brims with useful information and historic stories, some of which were a revelation to me. The reader would do well to take the book on an outing around Weymouth, exploring the back streets as well as the main streets, equally fascinating.

Lesser Known Weymouth by Julie Musk is published by Roving Press.
£10.99 from local bookshops or direct from the publisher (postage free) at www.rovingpress.co.uk or telephone 01300 321531.

© Text by Michel Hooper-Immins
All photographs © Roving Press, taken from the book
Posted by Unknown at 3:33 AM No comments: