Anyone who's been watching the latest TV series of Broadchurch will be familiar with this picture below, Bridehead Lake, Littlebredy. It's the place of the crime scene. 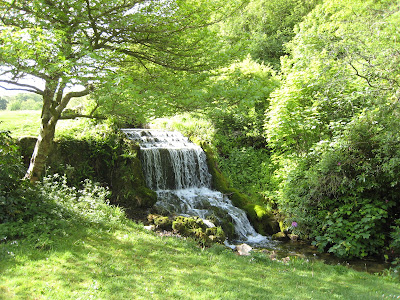 This lovely spot in Dorset is featured in Louise Hodgson's Secret Places of West Dorset and below are extracts from the book – so hopefully you can visit in a more tranquil state of mind than our two Broadchurch detectives!

Be sure to also look in at the Littlebredy Walled Gardens, captured in Louise's companion book More Secret Places of West Dorset.

***
The family still lives in the manor house, Bridehead. They effected a few changes, extending the house and replacing the old medieval cottages with ones providing greater comfort. The grounds surrounding the house were landscaped and the springs dammed to provide a lake. 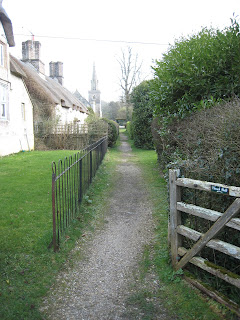 The lake is a focal point for the community, as large bodies of water tend to be. The old marshy area of the springs has been transformed into the clearest of waters. Fed by the unceasing flow, the lake empties as a waterfall that forms the beginnings of the lovely River Bride. The water also supplies the local manor and the village. 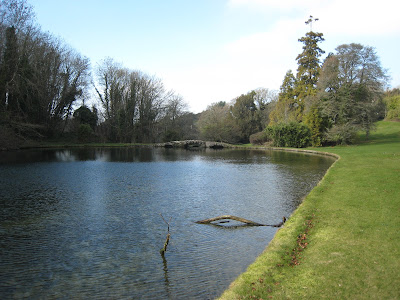 A quality to be found here is the feeling of tranquillity that is one of the special gifts that lakes bestow. The Celts saw lakes as a gateway to the world of the gods, an entrance to another sort of reality. Strange beings were attributed to lakes; there were monsters such as the Scottish Kelpie or Water Horse who would snatch the unwary into the dark depths, there to be eaten. The Loch Ness Monster is another example of a lake oddity and many Scottish lochs have their equivalents, strange beings that have been glimpsed but never defined. The Irish poet and scholar W.B. Yeats thought that creatures were placed in lakes to guard ‘the gates of wisdom’.

Bronze Age and later Celtic Iron Age people deposited placatory offerings in lakes. As lakes were seen as portals, these offerings were to the gods and ancestors, particularly in times of strife, to try to effect supernatural aid. 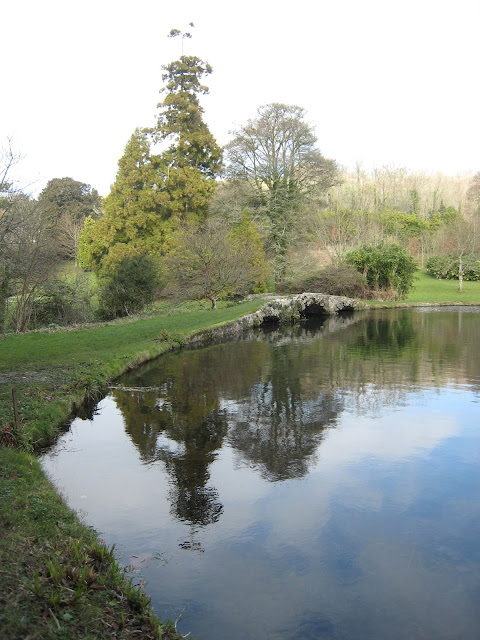 … The archetypal image of the Lady of the Lake, receiving in her pellucid hand Arthur’s famed sword Excalibur, is linked with the idea of lakes as receptacles and revealers of the Otherworld. … The reflected world is a different world, a captured one, a doppelganger. Although the lake here is largely excavated, it works so beautifully within its landscape that it seems perfectly natural and right.


The name ‘Bride’ for the river could come from the Celtic bridda meaning gushing. Bride is also the name of a widely worshipped Celtic goddess in pre-Christian . Known as ‘the Exalted One’, Bride tended the triple fires of smith craft, and was associated with healing and poetry. She was also connected to sacred springs and wells. Her festival, Imbolc, falls on 2 February and celebrates the early beginnings of spring. 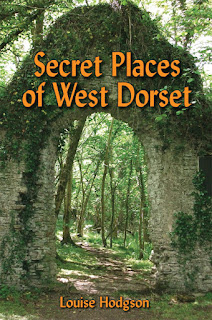 Both this book and its companion More Secret Places are available from us direct (at reduced prices and with free delivery) and are on sale locally. 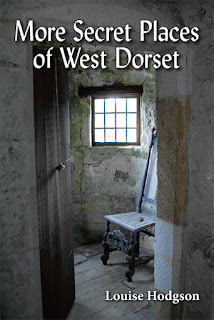 Posted by Unknown at 6:50 AM No comments:

Some young people from Thomas Hardye School in Dorchester are going to Ecuador this summer. They’re giving up a month of their school holiday to live in local communities, helping people rebuild their lives after the earthquakes, etc. 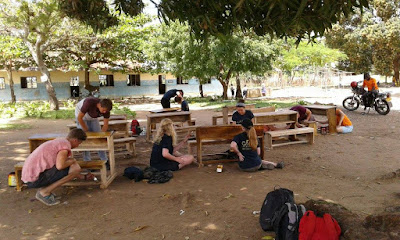 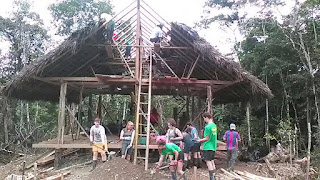 From building schools and kitchens and preparing land for planting to improving sanitation and helping with animal care – the work depends on the local community’s needs at the time.

It’s one of several grassroots projects run by CampsInternational, a volunteering organisation which works with poorer people in developing countries such as Ecuador to improve their lives. 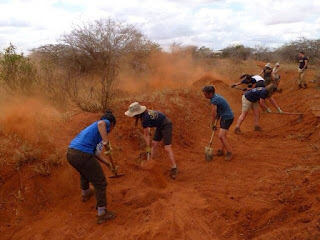 Besides helping communities overseas, it allows our young people to appreciate how others live very simply, with next to nothing. 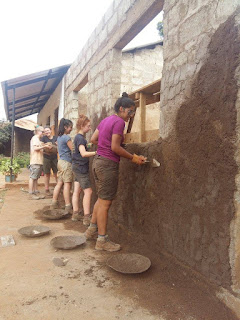 Our son Will Musk is going on the trip. He's using Crowdfunding methods to raise the money needed. 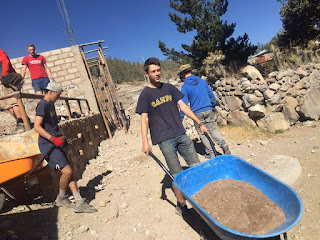 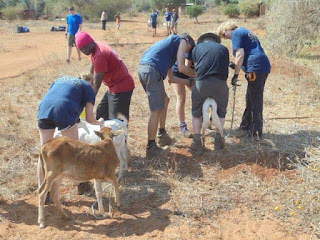 As a reward for any and all donations, we’re giving away free Roving Press books.

With a choice of titles for adults and kids and all NEW books, you can enjoy them yourselves or give them away as presents. 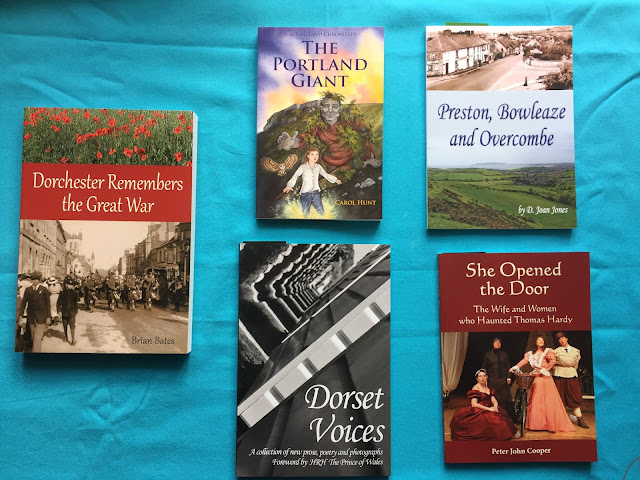 We’d be very grateful if you could pledge some money – even a few pounds would really make a difference and guarantee you a free 'mystery' book. Or pledge £5 and CHOOSE one of the books above or £10 and receive two of your choice.

Will can deliver free within the DT postcode district, or we can send by Royal Mail (at a pound or two cost).

Thanks for supporting Will and this valuable project.
Posted by Unknown at 2:02 AM No comments: