Stepping into Jane Austen’s world, with Lesser Known Lyme Regis and a trip to Chawton House

Jane Austen was only 41 when she died, but during her short life she produced some wonderful romantic fiction, loved the world over.
Born in 1775, she went to boarding school in Oxford and Abbey School in Reading (still a girls school today). From the age of 11 she was home schooled. Her father had an extensive library at home and Jane would spend long hours fostering her love of reading.
In her early 20s she began drafting her first novels. When her father retired, the family moved to Bath, but Jane didn’t take to the place and was unhappy there. She wrote little. She did, however, enjoy visits to the seaside, including Lyme Regis.

‘A very strange stranger it must be
who does not see charms
in the immediate environs of Lyme
to make him wish to know it better.’
(Persuasion, Jane Austen)

[The following text extracts and photos are taken from one of our book,
Lesser Known Lyme Regis by Joanna Smith]

Jane and her family first came to Lyme in autumn 1803 and returned in the summer of 1804, staying for 3 months each time, when it was very much the fashion for those recovering from the Bath season to visit the recently established resort of Lyme. In a letter to her sister Cassandra, Jane describes how she spent her days dancing, rambling and sea-bathing. ...
Although Jane was rather dismissive of the town, it is clear she loved its surroundings. In Persuasion she writes: ‘As there is nothing to admire in the buildings themselves, the remarkable situation of the town, the principal street almost hurrying into the water, the walk to the Cobb, skirting round the pleasant little bay, which in the season is animated with bathing machines and company, the Cobb itself, its wonders and new improvements, with the very beautiful line of cliffs stretching out to the west of the town, are what the stranger’s eye will see’. 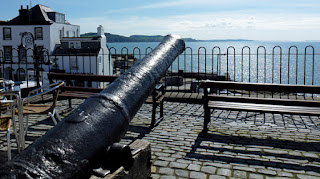 Many locations in Austen’s novels are imaginary, but in Persuasion she describes recognisable places in Lyme: the Walk (today’s Marine Parade), cottages, inns and coastal scenery. In one of the best-known scenes in Persuasion, the foolish Louisa Musgrove throws herself from a set of stone steps on the Cobb into the arms of an unprepared Captain Wentworth. 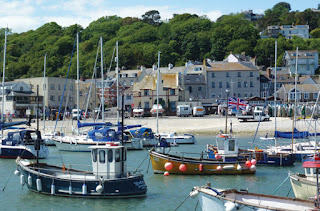 Lyme Regis Museum has a Literary Gallery dedicated to John Fowles, Jane Austen and other writers and artists associated with the town. 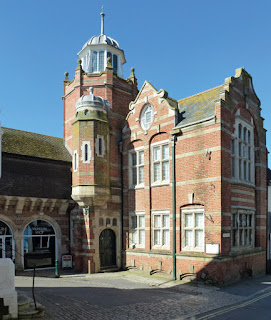 When their father died, the family moved to Southampton. Shortly afterwards, Edward, Jane’s brother, inherited some estates from the Knight family. One of these estates was Chawton in Alton, Hampshire. Edward moved into the great house (now Chawton HouseLibrary) and offered his mother and sisters a large ‘cottage’ rent free, about a quarter of a mile away in the village. They moved in in 1809 and Jane spent the remainder of her life there. 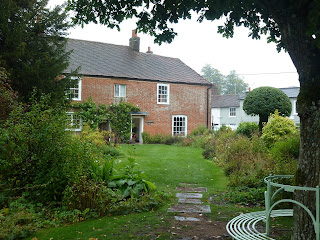 Her writing flourished, and she settled into a happy routine of sitting at her writing table after breakfast, enjoying long walks in the afternoons, then reading, sewing and conversing in the evenings. She was an accomplished pianist, and many of Jane’s heroines in her novels also played the piano. 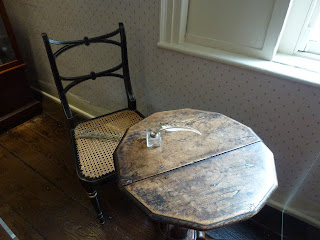 However, Jane knew how it felt to be a poor relation, and this sense of being slightly outside high society is keenly felt in her novels. She lived always in the company of her parents and siblings, yet enjoyed her fair share of romances, and although never marrying was a fond and willing aunt to her nieces and nephews.

Diana Shervington is doubly related to Jane as both her grandmothers were grand-daughters of Jane’s brother, Edward. She came to live in Lyme in 1986.

‘When I was young we spent a lot of time at the Dower House, near Chawton in Hampshire, where Jane spent the last 8 years of her life. My cousin Edward inherited Chawton, but he was bored stiff with Jane Austen! He was only interested in sport and said, “Everyone keeps turning up all the time and asking about her. I don’t want to be bothered with all this stuff!” So most of the things that were owned by Jane and her sister Cassandra came down to our Aunt. My brother had some of the larger artefacts such as all the first editions, and as the youngest of the children, some of the smaller, personal things came down to me. I inherited these things when I was 16.
When I first visited Lyme as a young woman, I loved it straight away. I was delighted with Pyne House and was absolutely thrilled to see all the places Jane had described in Persuasion. I’d been very aware of Jane all my life and walked around in a wonderful Jane Austen dream.
I began to take a serious interest in Jane when my children were off my hands. I started researching some of her music books and worked with the founder of the JaneAusten Society. Gradually I came to realise that I could help others by showing them the artefacts and giving talks. I’ve given some of Jane’s things to the Lyme Regis Museum, including some of her embroidery, the set of spillikins and some bone counters with letters on them that Jane probably used to learn her alphabet. I like to think that these things will always stay in Lyme for people to enjoy.’

Jane Austen's cottage (or Chawton cottage) is now a museum – Jane Austen's House Museum –  a wonderful place telling the story of Jane and her family. Its furnished rooms contain objects owned by the family, and there is a learning centre with interactive exhibits.
At Chawton Jane shared a room with her sister Cassandra, with whom she was very close. Neither sister married and tender relationships between sisters are often a part of Jane’s stories. Without central heating, it was quite common to sleep several to a bed. And, interestingly, the bed was made to the exact specifications of each customer. 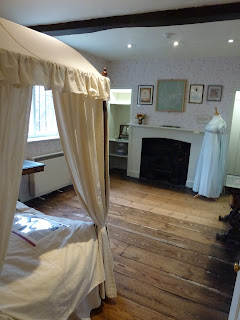 Jane writes with precision and attention to detail, describing every-day little things vividly. Also, both her brothers were in the Navy and this undoubtedly influenced her writing. Both Mansfield Park and Persuasion have strong naval themes. She doesn’t give many descriptions of her characters’ physical features or clothing – maybe this is intentional, allowing the reader the freedom to create pictures in his or her own mind.